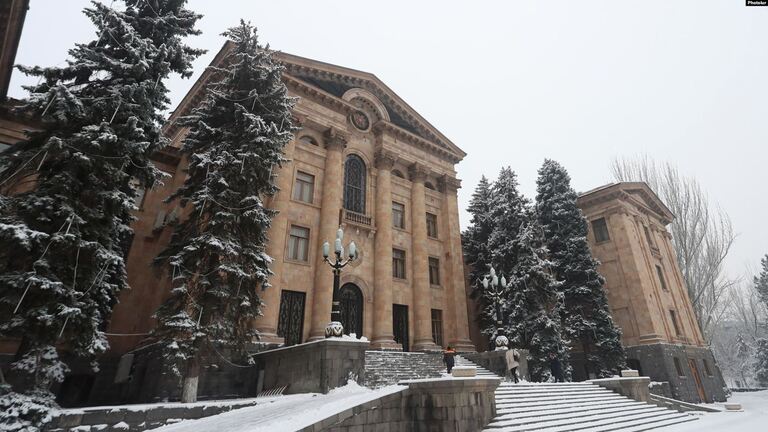 Edmon Marukyan, Head of opposition Bright Armenia party, which holds about 14% of the seats in the Armenian parliament, said during a parliamentary briefing, that the party held a meeting with PM Nikol Pashinyan recently. In Marukyan’s words, the PM proposed to sign a memorandum by which ‘Bright Armenia’ would take a commitment that after the PM’s resignation the party would not nominate a candidate. According to Marukyan, the issue of forming a transitional government is on the party’s agenda. ‘I am our transitional government candidate, and I must be nominated,’ the opposition party leader added.

Marukyan also argued that the ruling ‘My Step’, which has an absolute majority in the parliament to re-elect Pashinyan, seems to be uncertain about the reliability of their team to vote for their own candidate.

According to another opposition party, ‘Prosperous Armenia, MP Mikayel Melkumyan, Pashinyan should resign without preconditions. He argued that the parliament should elect a new PM and work for one year to stabilize the situation in the country and prepare for new elections.

‘Prosperous Armenia’ is a member of ‘Homeland Salvation Movement’, a coalition of more than a dozen parties demanding Pashinyan’s resignation. The Movement nominated Vazgen Manukyan as their candidate for an interim Prime Minister position. The leader of ‘Democratic Alternative’ party Suren Surenyants announced on Thursday, that the party leaves the ‘Homeland Salvation Movement’ since its main mission is not to remove PM Pashinyan from power but to make him ‘bow before Russian leadership with greater enthusiasm.’

During a Q&A session in parliament on Wednesday, PM Pashinyan said that the power belongs to the people and the decisions about power should be made by the people adding that he will not take any step that may deprive the people of the leverage of electing their authorities.

Annual reports of Implementation of the Common Security and Defence Policy (CSDP) and the Common Foreign and Security Policy (CFSP) for 2020, adopted by the European Parliament on Thursday, strongly condemn ‘destabilising role of Turkey which further undermines the fragile stability in the whole of the South Caucasus region,’ Armenpress news agency reports.

European Parliament’s resolution on CFSP calls on Turkey ‘to refrain from any interference in the Nagorno-Karabakh conflict, including offering military support to Azerbaijan’ and condemns ‘the transfer of foreign terrorist fighters by Turkey from Syria and elsewhere to Nagorno-Karabakh, as confirmed by international actors, including the OSCE Minsk Group Co-Chair countries.’ The report states that Minsk Group Co-Chairs should lead the process of ‘achieving peace and determining the region’s future legal status’.

The report also recognizes the EU’s need to define a better strategy for relations with Turkey in light of Turkey’s foreign policy ‘having a destabilising impact that threatens regional peace and stability in a range of countries and the South Caucasus region.

The European Parliament, in CSDF report, calls on the European Union and international bodies ‘to ensure that there is no impunity for war crimes in Nagorno-Karabakh and for the use of prohibited weapons in the NK conflict’ and insists proceeding ‘without delay with the exchange of prisoners and casualties, and on the need to preserve the cultural heritage of Nagorno-Karabakh.’