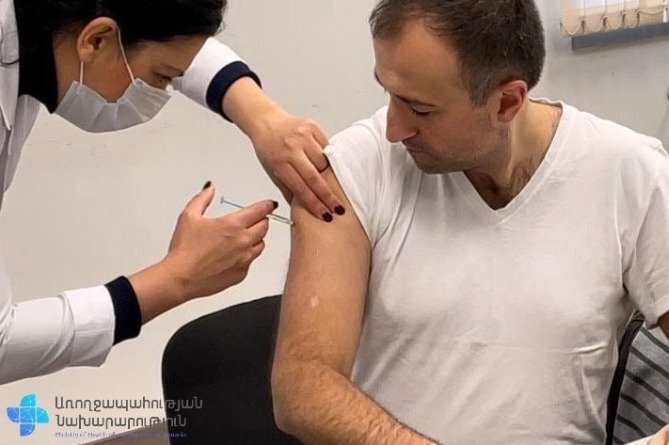 Russian Foreign Minister Sergey Lavrov expressed his readiness to initiate a meeting of his Armenian and Azerbaijani counterparts to discuss the pending political issues related to the Nagorno Karabakh conflict.

"As for discussing unresolved political issues, I can confirm our readiness as a nation and a co-chair of the OSCE Minsk Group to facilitate efforts to arrange such meetings as soon as the parties are ready," Lavrov told TASS.

Speaking about tensions at the line of contact that emerged after the trilateral peace statement, Lavrov noted that a noticeable violation happened on December 13 in the area where there were no Russian peacekeepers. "We will continue all efforts in order to prevent a ceasefire disruption,” Lavrov added.

Later Sergey Lavrov and his Armenian counterpart Ara Ayvazyan discussed bilateral and international issues highlighting the high intensity of the Armenian-Russian partnership in the passing year and reaffirming the mutual readiness to continue the dynamic cooperation in 2021, TASS informs.

On December 28, Moscow also mediated a meeting between the heads of Armenian and Azerbaijani security services where the exchange of captives and the search for those missing were discussed among other issues, Armenpress reports.

The Republican Party of Armenia, the country’s former ruling party, rejected PM Nikol Pashinyan’s offer to the Armenian political forces to discuss the possibility of snap elections in 2021. In a statement released after the meeting, chaired by former President and PM Serzh Sargsyan, the party confirmed its demand to Pashinyan to step down. The Party joined the coalition of more than a dozen parties under ‘Homeland Salvation Movement’ which suggests creating an interim government headed by Vazgen Manukyan as an interim Prime Minister.

For his part, Pashinyan had a meeting with two non-parliamentary party leaders and discussed the situation in Armenia and further development around the possible snap parliamentary elections.

The political situation in Armenia has escalated since the Moscow-brokered peace statement signed by Armenia, Azerbaijan and Russia following the recent in Nagorno-Karabakh. The opposition accuses Pashinyan of the defeat in war and thousands of human losses.

The executives of the Armenian Healthcare Ministry, including Minister Arsen Torosyan, were the first to receive Sputnik V COVID-19 vaccine donated by the Russian Ministry of Health in November, Armenpress reports. The aim of this action was to “raise trust among the population and avoid potential manipulations” since the vaccine wasn’t yet registered at that time, despite having passed all safety requirements during clinical trials.

“It is noteworthy that no unexpected post-vaccination occurrence was recorded among those who were vaccinated, and everyone is feeling well,” the Ministry announced.

Artsakh State Service of Emergency Situations informed that the remains of 22 Armenian servicemen were found during search operations in Fizuli, Hadrut, and the areas in between Kubatlu regions, bringing the total number of bodies discovered so far to 1133 Armenpress reports.

Based on an agreement signed by Russian and Armenian Finance Ministries, EUR 10 million has been granted to Armenia “for the purpose of co-financing the implementation of financial support measures for people who were forcefully displaced from Nagorno-Karabakh and are located in the territory of the Republic of Armenia,” Armenian Deputy Minister Mher Grigoryan’s Office told News.am.

“Between the pandemic and the Nagorno Karabakh conflict, this has been a year of challenges, difficulties, and great sorrow”, US Ambassador to Armenia Lynne Tracy opened her address to the Armenian people, meanwhile extending her hope for better days in 2021. “Armenians are a resilient people, and I am confident that there are opportunities ahead for a successful future,” the Ambassador said.