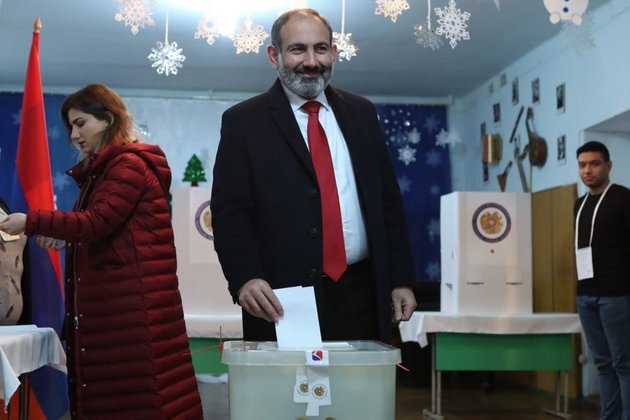 Prime Minister Nikol Pashinyan invited parliamentary and extra-parliamentary forces to hold consultations over the issue of holding snap elections in 2021, Armenpress.am reports referring to the post by PM on his Facebook page. Pashinyan said that the opposition was unable to secure people’s support despite the resources it possesses. PM stated its readiness to step down or continue leading the country upon the decision of the people.

Leaders of a coalition of 17 parties said they would hold daily demonstrations until Pashinyan agrees to hand over power to an interim government with Vazgen Manukyan nominated as an interim Prime Minister. Some of the protesters put up tents in the main square, saying that they would stay there until PM Pashinyan’s resignation. On Tuesday, Pashinyan announced that he has no intention to resign.

Armenian Settlements Are in Dangerous Distance from Azerbaijani Military, Mayor of Kapan says

Tensions over Armenian southeastern region Syunik grow amid demarcations at the Armenia-Azerbaijan border as a consequence of the recent Nagorno-Karabakh war. According to the Mayor of Kapan Gevorg Parsyan “Azerbaijan takes complete control over Kapan-Agarak road in Syunik Province,” Armenpress.am reports. The mayor added that residents of three neighbouring villages have become blockaded due to the situation with the roads. Parsyan warned that some of the settlements in the region will become a target for the Azerbaijani military since they are from 100 meters to 1 km away from the residential areas. The Mayor suggested starting legislative initiatives to arm the villages living in dangerous distance from Azerbaijani forces.

Pashinyan said on Thursday that there are borderline issues related to Shurnukh and Vorotan villages in the Syunik region that can lead to painful outcomes for the residents. Hakob Arshakyan, head of Shurnukh village said today that sections of the border in his community are being delineated by GPS and that officials of the Armenian, Azerbaijani and Russian security services are monitoring the process, Hetq.am reports.

The situation in Syunik started escalating recently after the Armenian Defense Ministry was reported to order handing over the Armenian advantageous positions to Azerbaijan dangerously exposing Armenian border communities to the Azerbaijani forces due to their close distance.  Later the Minister of Defence announced that the security of Armenian southeastern borders will be guaranteed by Russian troops. Protests started in Syunik where the residents blocked the highway and prevented PM Pashinyan from entering the region.

Following the protests, Arush Arushanyan and Manvel Paramazyan, Mayors of Goris and Kajaran towns in the Syunik region respectively were detained over several accusations. However, according to the court decision, the arrests were unlawful.

The State Revenue Committee of Armenia reminded that the ban on the import of goods of Turkish origin will take effect in Armenia as of December 31. The statement said the measure is meant to not only hurt Turkey financially but also neutralize ‘various kinds of dangers relating to imports of goods from the ‘hostile country’ RFE/RL Armenia reports. The authorities referred to Ankara’s direct participation in the recent war in Nagorno Karabakh, military support to Azerbaijan as well as recruitment and deployment of terrorist mercenaries from Syria. The ban was approved on October 20 and will initially remain in force for six months.

Today, the parliament of Luxembourg has unanimously adopted a motion on the Azerbaijani-Turkish aggression against Nagorno-Karabakh (Artsakh) and their use of jihadist mercenaries against the Armenians. The motion says that Turkey, meanwhile, has provided military and political support to Azerbaijan in its campaign against the Armenians in Karabakh through the deployment of jihadist mercenaries and the provision of war equipment, Panarmenian.net reports.