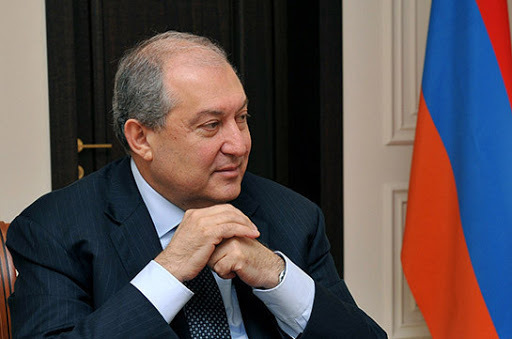 Armenian Prime Minister Nikol Pashinyan has published the ‘priorities of further implementation of the trilateral statement’ over the recent Nagorno Karabakh war. The truce statement was signed by Armenia, Azerbaijan and Russia on November 10, 2020.

According to the PM, the unblocking of all economic and transport infrastructures is Armenia’s second priority. This means enabling cargo shipments and a transport connection from Armenia to Russia and Iran passing through Azerbaijan’s territory and, correspondingly, from Azerbaijan to Nakhijevan through the territory of Armenia.

Pashinyan reaffirmed that the November 10 agreement does not indicate any ‘transport corridor’ through the Armenian southern town of Meghri. Armenian Premier’s remark comes after Azerbaijani President Ilham Aliyev’s statement about undergoing work ‘to open Nakhichevan corridor’.

Armenian President urges to act in accordance with national interests

Armenian President Armen Sargsyan made a statement highlighting the importance of implementation of the trilateral statement ending the Nagorno Karabakh war of 2020.

The President called on the competent authorities to act exclusively in accordance with national interests both in the implementation of the provisions of the statement and verbal agreements, to ensure public accountability and to strictly observe the Armenian Constitution and legislation, as well as principles of international law.

The President has recently tested positive for COVID-19 in London and ‘has a complicated course of the disease,’ Presidential Office informs. The Office reports that the President will return to Yerevan upon ‘situation stabilizes and with the permission of the doctors.’

A group of Armenian human rights lawyers gathered in front of the Armenian Ministry of Justice demanding to deny or confirm whether a secret document around Nagorno Karabakh has been sent to the Ministry for approval, Sputnik Armenia reports.

Earlier, some Armenian Telegram channels reported that Armenian PM Pashinyan will be in Moscow on January 11 to sign documents ‘to transfer Armenia’s sovereign territories to Azerbaijan’, providing a corridor linking Azerbaijan and its exclave Nakhijevan through Armenia’s territory and to withdraw troops from Nagorno Karabakh.

Human rights activists Ruben Melikyan said that while Justice Minister Rustam Badalyan denied the existence of a secret document, they have no reasons to believe him and demand the Ministry representatives present detailed clarifications about the regional ‘corridor’, looking into their eyes.

Azerbaijani President Ilham Aliyev used ‘statements and emphases which are part of the anti-Armenian policy in Azerbaijan and the organized propaganda of hostility towards the Armenian people,’ Armenian Human Rights Defender Arman Tatoyan said in response to Aliyev’s January 7th speech.

Tatoyan specified that Azerbaijan’s leader ‘made open threats against Armenia and the Armenian society, expressions threatening the entire Armenian people and insulting their dignity.’

The Human Rights Defender said that the speech also referred to the isolation of Artsakh and disruption of humanitarian aid to the people of Artsakh. ‘This, as a matter of law, violates the internationally recognized principle that no one should be left behind and no human right ignored, regardless of the political status of the territory in which one is present or resides therein,’ Tatoyan said.

The Human Rights Defender also addressed the issue of Armenian prisoners of war and others held in captivity and the artificial delays of their return by Azerbaijan. ‘The torture and inhumane treatment of these prisoners continue to take place, as evidenced by the purposeful publication of videos attesting to that; and, the recovery of the bodies of the deceased are being circumvented," Tatoyan said.

Tatoyan condemned the statements of the Azerbaijani authorities calling Armenian captives ‘terrorists’ saying this is a gross violation of the post-war humanitarian processes and international human rights requirements.