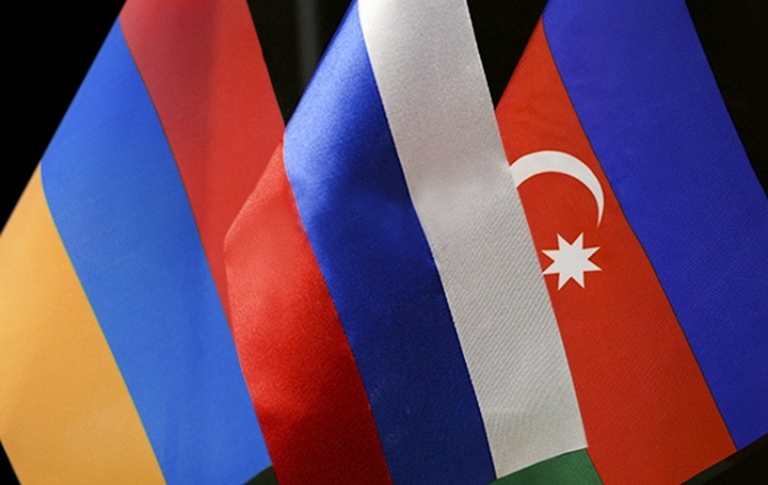 Armenian and Azerbaijani leaders to meet in Moscow on Monday

The Armenian PM’s office confirmed the reports that Prime Minister Nikol Pashinyan will meet with Presidents Vladimir Putin of Russia and Ilham Aliyev of Azerbaijan in Moscow on Monday. This will be the first trilateral meeting since the leaders signed a truce statement on November 9, ending the recent Nagorno Karabakh war.

Later Russian President’s Press office informed that Vladimir Putin and President of France Nicolas Macron discussed a range of issues on the trilateral meeting to be held on Monday. The conversation was held ‘within the framework of coordination of OSCE Minsk Group Co-Chairmanship’s activities.’

According to Pashinyan’s spokesperson Mane Gevorgyan, the discussion will be focused on the unblocking of regional transport and communication links from Armenia to Russia and Iran, and from central Armenia to the south-eastern Syunik region through the Nakhijevan railway. Gevorgyan denied the reports, circulated by the opposition channels, that Armenia will provide a corridor linking Azerbaijan and its exclave Nakhijevan through Armenia’s southern town of Meghri.

The spokesperson emphasized that it will not be possible to progress in the economic agenda without solving the issues of return of Armenian PoWs, search for the bodies of fallen servicemen, and the fate of those missing. Gevorgyan also stressed that the sides do not plan to sign any document regarding Nagorno Karabakh or any territorial issue in response to the reports by opposition forces that a new document will be signed to transfer Armenia’s sovereign territories to Azerbaijan.

On Friday, Armenian President Armen Sargsyan called on the competent authorities to act exclusively in accordance with national interests both in the implementation of the provisions of the trilateral statement and verbal agreements, to ensure public accountability, and to strictly observe the Armenian Constitution.

The Ministry of Foreign Affairs of Armenia has issued a statement in response to the Azerbaijani foreign ministry’s statement that Azerbaijan has started prosecution against Armenian prisoners of wars captured by Azerbaijani forces in Nagorno Karabakh.

The Armenian Foreign Ministry condemned the initiative of prosecution of the PoWs as a ‘gross violation of international humanitarian law’ and the provisions of the November 9 truce statement providing for the release and repatriation of the prisoners of war.

The Ministry reminded that Azerbaijan launched military operations in the direction of Khtsaberd and Hin Tagher villages in the Hadrut region a month after the truce statement was signed by Armenia, Azerbaijan, and Russia. ‘The Azerbaijani side announced the prosecution of POWs about a month after the capturing of Armenian servicemen, which demonstrates that Azerbaijan is using Armenian prisoners of war as hostages to advance its political agenda,’ the statement reads.

The Foreign Ministry’s statement refers to the war crimes committed by Azerbaijani forces against Armenian PoWs and video-streamed through various Telegram channels. ‘During the 44-day Turkish-Azerbaijani aggression against Artsakh, the Azerbaijani side extensively and systematically violated international law by committing war crimes. These war crimes have no statute of limitations, and the perpetrators should be held accountable,’ the Ministry says.

Armenian Foreign Minister Ara Ayvazyan had a meeting on Saturday with the representatives of “Homeland Salvation Movement”, a coalition of more than a dozen opposition parties demanding PM Nikol Pashinyan’s resignation.

Vazgen Manukyan, the Movement’s candidate for the prime minister of an interim government, as well as Ishkhan Saghatelyan (ARF party) and Artur Vanetsyan (former Security Service director), attended the meeting. Earlier Manukyan had announced that the country is in an extremely dangerous situation and demanded a meeting with the Foreign Minister, head of National Security Service, and Chief of the General Staff of the Armenian Armed Forces.

After the meeting, Vazgen Manukyan told RFE/RL Armenian service that the opposition shared their concerns with Foreign Minister Ayvazyan and received clarifications from him. Manukyan said that the head of National Security Service Armen Abazyan and Chief of the General Staff of the Armenian Armed Forces Onik Gasparyan avoided the meeting with the opposition forces which deepened their concerns and distrusts.